ProCutCNC.com > Answers to Your Questions

Answers to Your Questions

You have a question. We have the answer.

What is the difference between Servo and a stepper motor?

The basic difference between a traditional stepper and 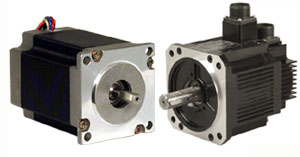 a servo-based system is the type of motor and how it is controlled. Steppers typically use 50 to 100 pole brushless motors while typical servo motors have only 4 to 12 poles. A pole is an area of a motor where a North or South magnetic pole is generated either by a permanet magnet or by passing current through the coils of a winding.

Steppers don’t require encoders since they can accurately move between their many poles whereas servos, with few poles, require an encoder to keep track of their position. Steppers simply move incrementally using pulses [open loop] while servo’s read the difference between the motors encoder and the commanded position [closed loop], and adjust the current required to move.

Can you use coolant in you mill enclosures?

Yes.. All the inclosure you can use coolant in them. The Full inclosure is much better at containing the coolant and chips with its doors that close.